Now that we have Brexit, Catalonian separatism, the yellow vests in France and elsewhere, as well as ongoing clashes between pro- and anti-immigration forces, one may well wonder where the dear old Mother Continent is headed. One should bear in mind that these events are taking place against a backdrop provided by the European Union, whose secularizing and centralizing tendencies are reminiscent of our own federal government under Obama—although heightened by any number of degrees. Can there be any other future for Europe other than to be strangled by a grey and faceless supranational bureaucracy, or returned to the nationalism that shed oceans of blood in the last century? Happily, there are other voices—sane ones—even if not as loud as those either promoted or excoriated by our mainstream media.

I was privileged to be exposed to one such voice last October 25 in the beautiful city of Salzburg (forever identified in the American mind with “The Sound of Music”). On that weekend, the Georgsorden—the Order of St. George, an order of knights headed by the Archduke Karl von Habsburg (grandson of Bl. Emperor Karl and son of the famed Archduke Otto)—held their semi-annual meeting in that city. Numbering 700 knights and dames in 20 commanderies all over Europe and especially in the Habsburg lands, their gatherings shift among the different cities of the old Austro-Hungarian monarchy; the prior one was in Budapest, the next is in Prague. As befits an organization that calls itself “a European Order of the House of Habsburg-Lorraine,” it is particularly dedicated to the vision for the continent traditionally held by that dynasty. So it was that the proceedings began with a panel discussion entitled “Quo Vadis, Europa?”

In his introductory remarks, Order Procurator Vinzenz Baron von Stimpfl-Abele made some very cogent points: “The Order of Saint George is called the European Order because our aspiration is for a strong, proud Europe. A Europe that is as aware of its common history as it is of the lessons to be drawn from it as it is of its common values. It is certainly not our intention to merge the identities of countries and regions into an indefinable, centrally bureaucratically prescribed amalgam. On the contrary. But blind nationalism cannot be the solution either. What we need is a new type of positive patriotism, which at the same time means a deep attachment to one’s own individual roots and pride in a common Europe. This is not a contradiction, but the only way to make diversity, versatility and complexity, as well as the differences of our continent, the central strength of Europe on the basis of the values that unite us.”

The baron elaborated on these views the following day at the Order’s Chapter Meeting: “Our society is gradually depriving itself of its own roots. In front of our eyes, more and more of what has held society together so far is being softened and weakened. For example, one accepts—or at least watches—how the very foundation of the community, the family, is increasingly being undermined. Also, the Christian-Western values, which are an essential factor for social cohesion, are in veritable danger. This is already noticeable by the fact that for many it is already politically incorrect to speak of such values at all. But as the Order of St. George we are deliberately politically incorrect!

“Our society watches almost inactively as our freedom is cut back bit by bit. Aldous Huxley once said: ‘The belief in a greater and better future is one of the most powerful enemies of present freedom.’ ” After observing that “Central Europe, with its roots linked by common history and values, can and will be an important counterweight here,” the Procurator declared that the lack of personalities who really stand for values, that have genuine courage to take responsibility, this lack is becoming more and more evident. And when I say courage to take responsibility, I naturally remember the great Otto von Habsburg, who wrote on this subject in his book of the same name: “The greatness of a statesman consists in the ability to separate the essential from the unessential, to eliminate the temporary and to recognize the eternally valid in events.” However, in order to separate the essential from the unessential and to be able to switch off the temporal, one needs a foundation of values. And in order to recognize the eternally valid in the events, one must believe in the eternally valid at all!

Also headed by the Archduke Karl is the Austrian branch of the Paneuropean Movement. Its manifesto proclaims it to be “Christian, conservative, European, and liberal (in the German-language sense of ‘free,’ rather than ‘leftist’ in the American sense).” The first of these it defines thusly: Christian-motivated thinking and acting is the only alternative to the inhumane ideologies of Marxism, consumerism, Islamic fundamentalism and other sectarian doctrines of salvation. It is rooted in the realization that there is an absolutely valid order of values ​​that extends beyond all times and forms and is anchored in the transcendental. Anyone who violates them not only damages the community but also becomes a plaything for uncontrolled and uncontrollable forces. That is why we also want to know and shape politics in accordance with these values. Christianity has shaped Europe for almost two millennia. That’s why Europe will be Christian, or it will not be Europe anymore.

Their definition of “European” is also telling: “Because of their centuries of common destiny, the peoples of our continent form a spiritual unity, which finally should follow the political, so that Europe can exist in peace and freedom as an equal partner of the great powers. The soul of this continent is Christianity. Whoever takes it out of political action, makes Europe a soulless body, a fragile construction that is exposed to all the influences and currents of the Zeitgeist.” This is indeed what has happened to the European Union in our time.

The soul-less body that Europe seems to be becoming is dominated by what is essentially a paradoxically Marxist-consumerist elite—hollowed-out men who appear to be marking time until the day when demographics allow Islamic fundamentalism to swallow them whole. In reaction to their fecklessness, it seems inevitable that the sort of nationalist extremists they routinely denounce will unseat them if, as, and when Europeans grow fearful enough—and that, as the Old Continent experienced before, may well come with its own price.

However, it does not need to be this way. In Europe’s traditions—so well represented by the Habsburgs and other of her former and current ruling dynasties—lie the answer to her future. What made her great once can do so again, and it is no coincidence that both Archdukes Otto and Karl—and quite a few other non-reigning royals—have granted their patronage to innumerable efforts in the realms of culture and heritage.

At bottom, however, as all of the cited quotations imply, Europe’s dilemma is a religious one. She must regain the faith that created her if she is to survive in the long run. If this is to occur, Europe’s Catholics—clerical and lay—must regain the sort of fervor that allowed their and our fathers to evangelize the whole world. If Islamic fundamentalism is indeed the threat it appears to be, the only way forward for Europe is to outdo them in zeal. It does not do to think that Europe’s fortunes or misfortunes will leave these United States unscathed. If our Mother Continent regains her soul, we shall inevitably benefit by it. If she falls beneath her own or foreign horror, we, too, shall inevitably suffer in some way or other.

It may be a long hard road from where we are to that goal, but as Samwise Gamgee observed in The Fellowship of the Ring, “It’s the job that’s never started as takes longest to finish.” We are fortunate that there are sane voices coming from the continent. May they grow louder. 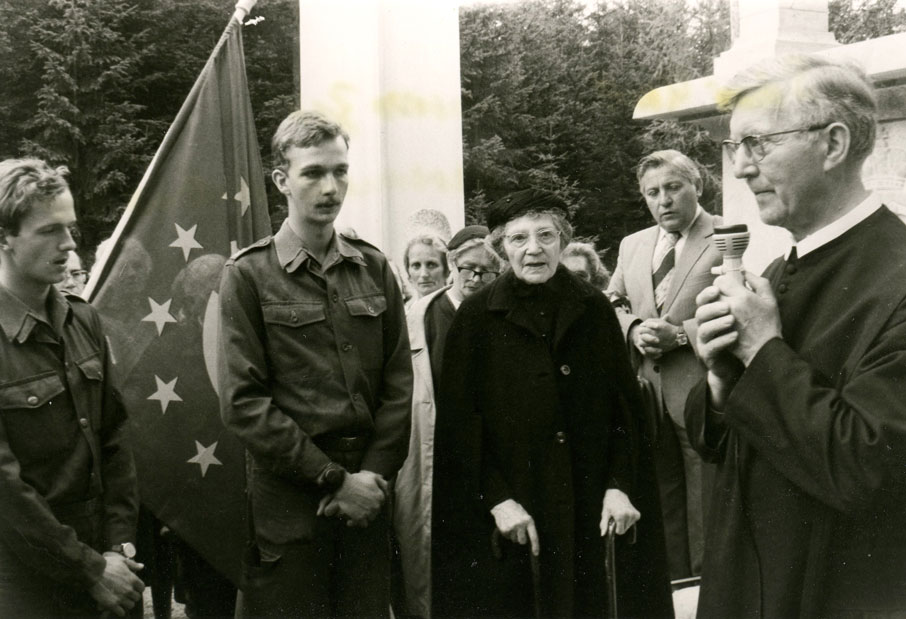 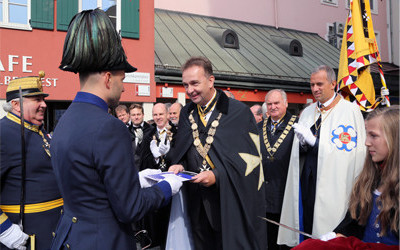 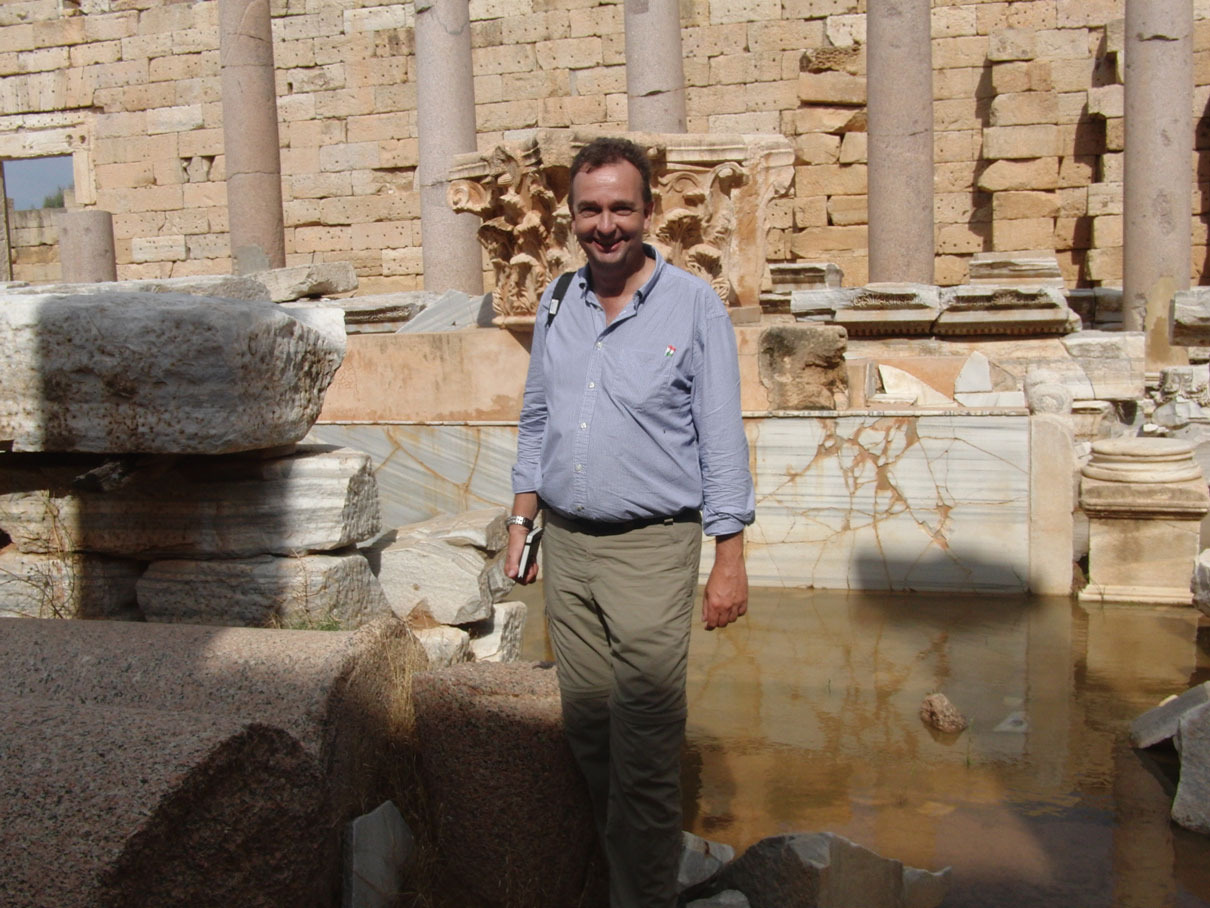 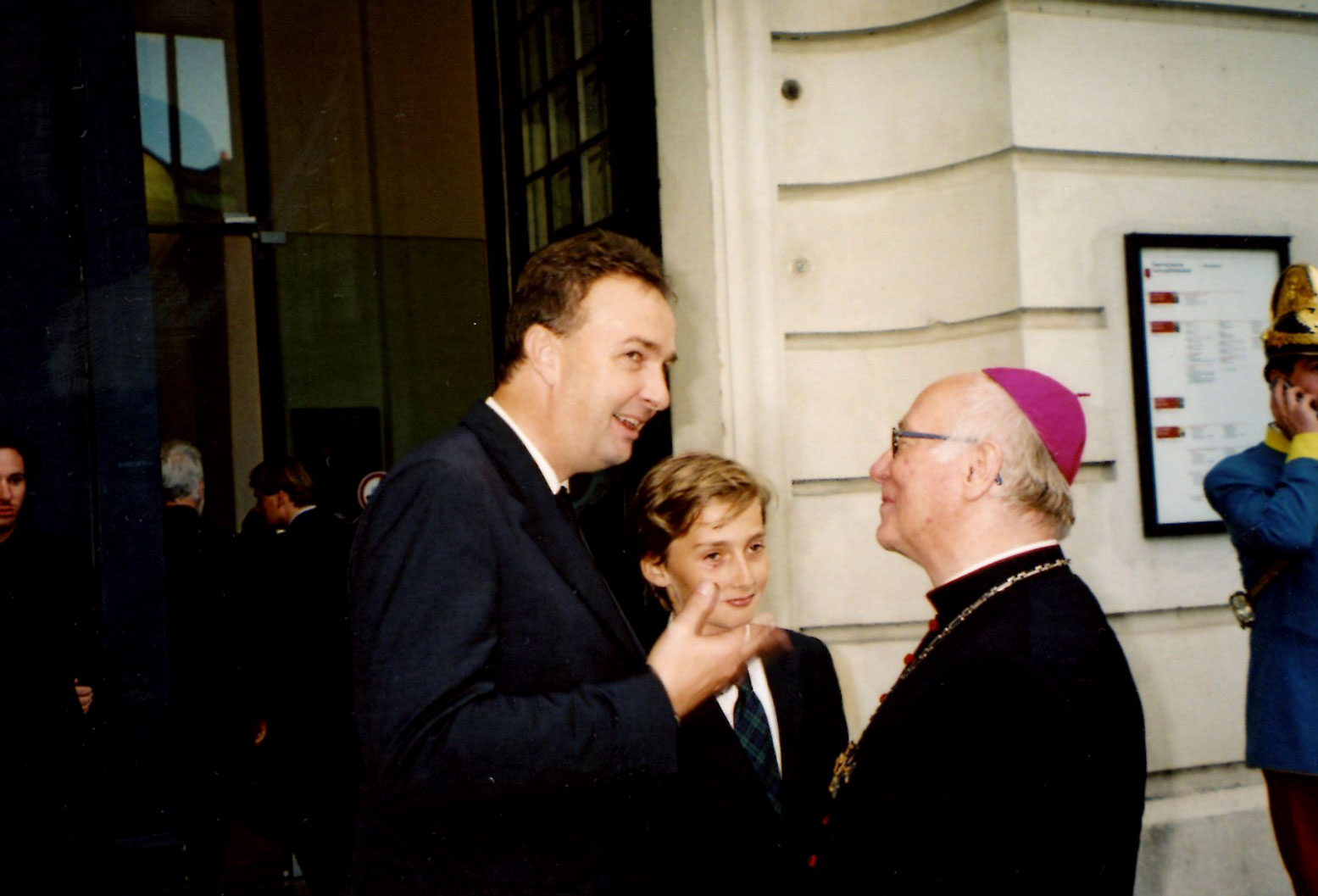 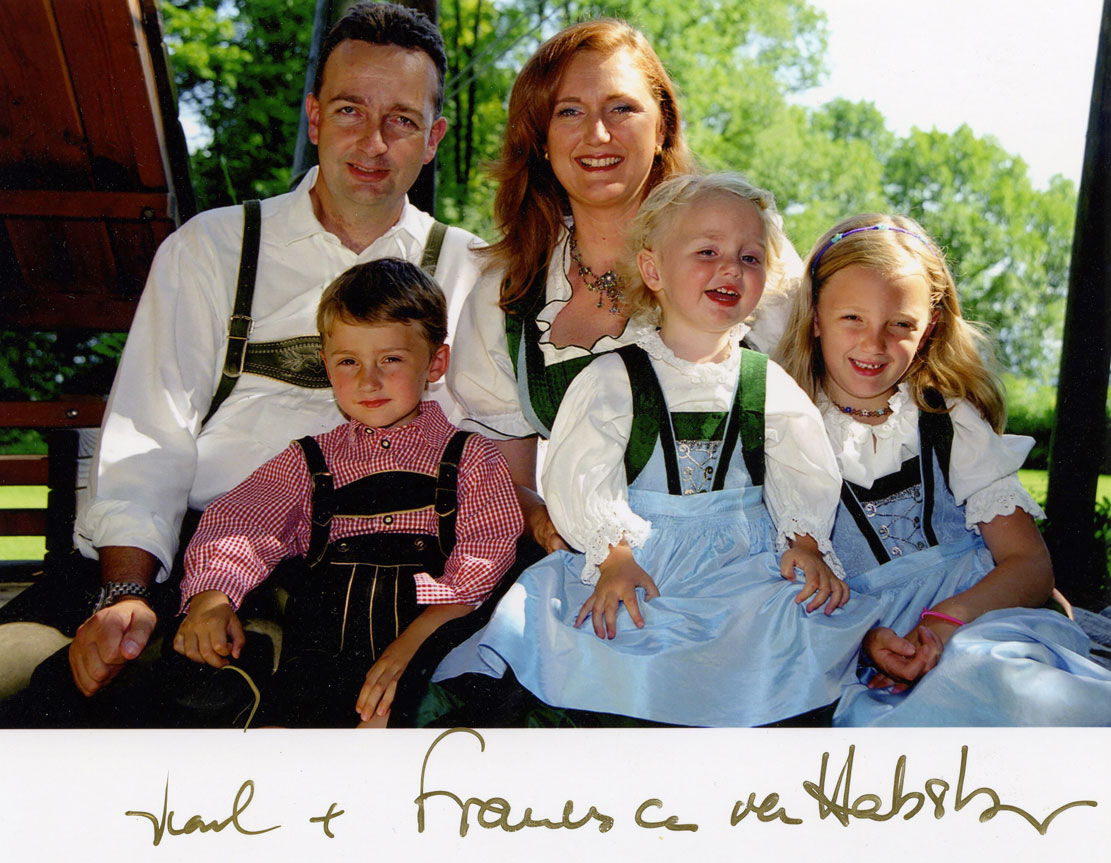 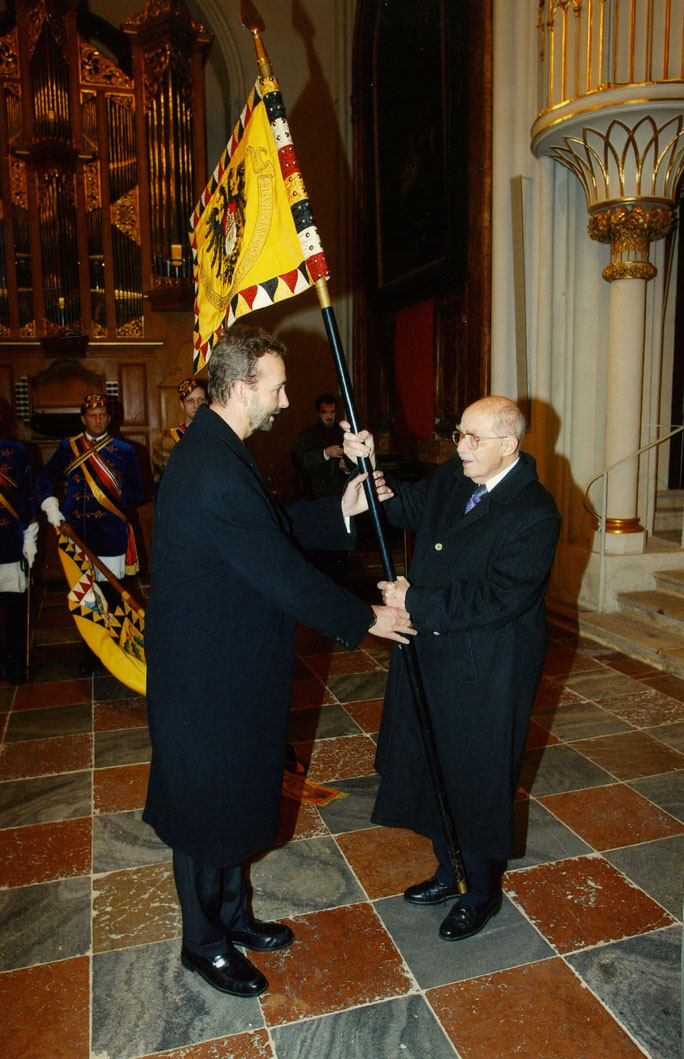 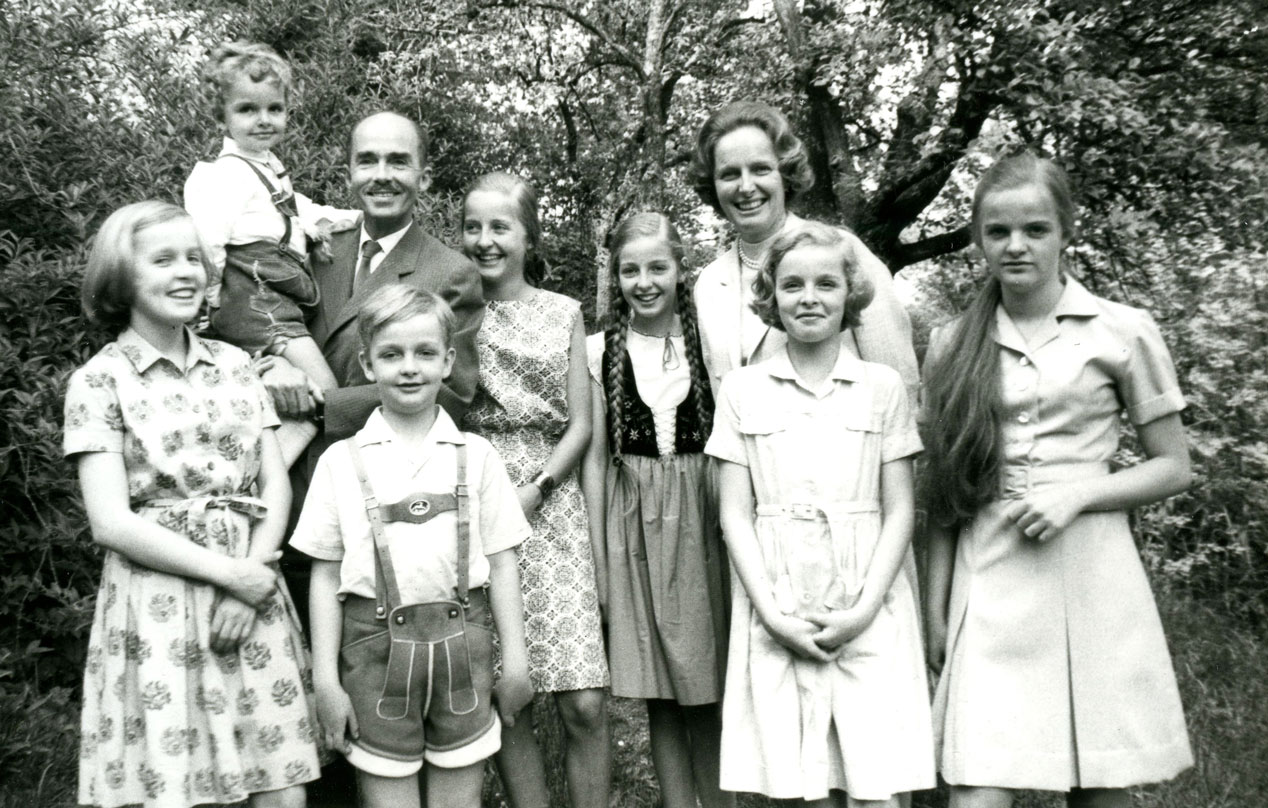 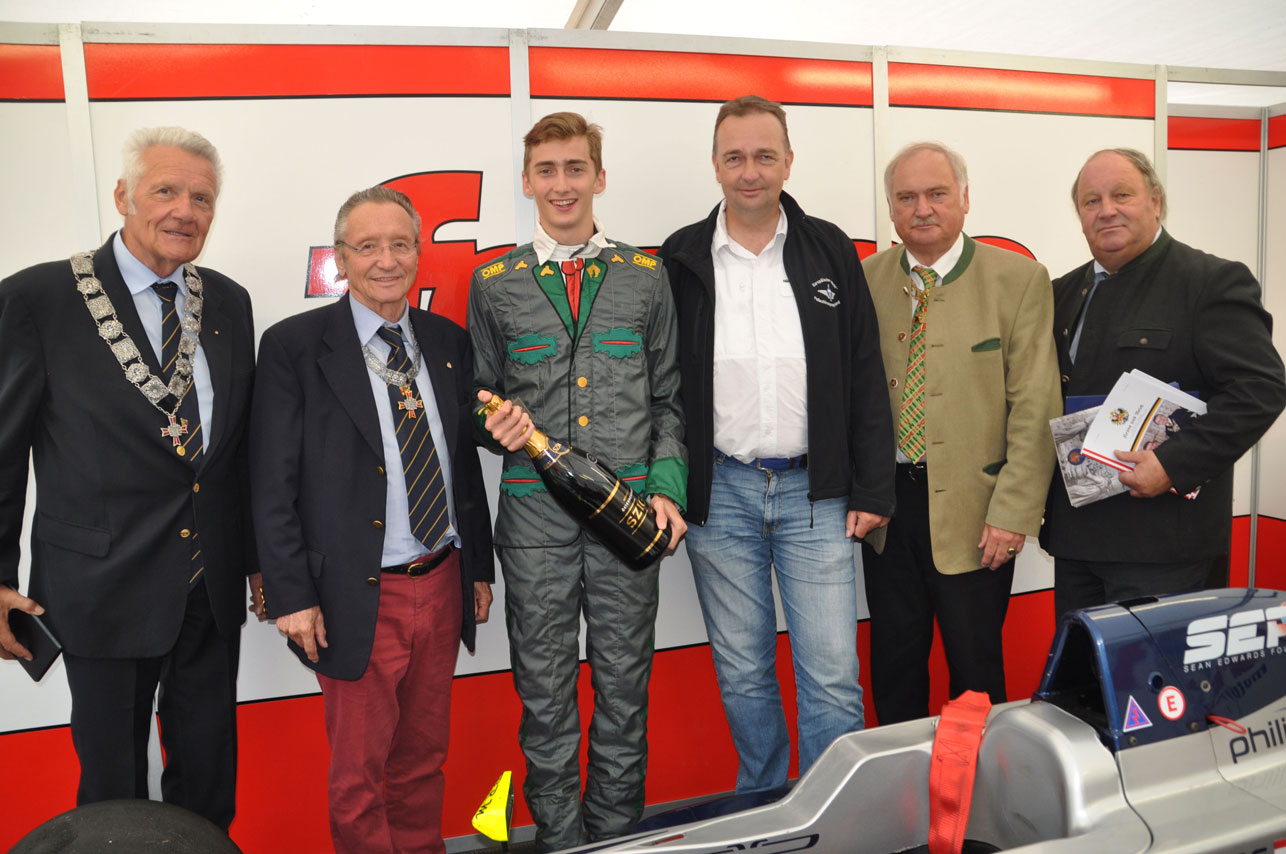